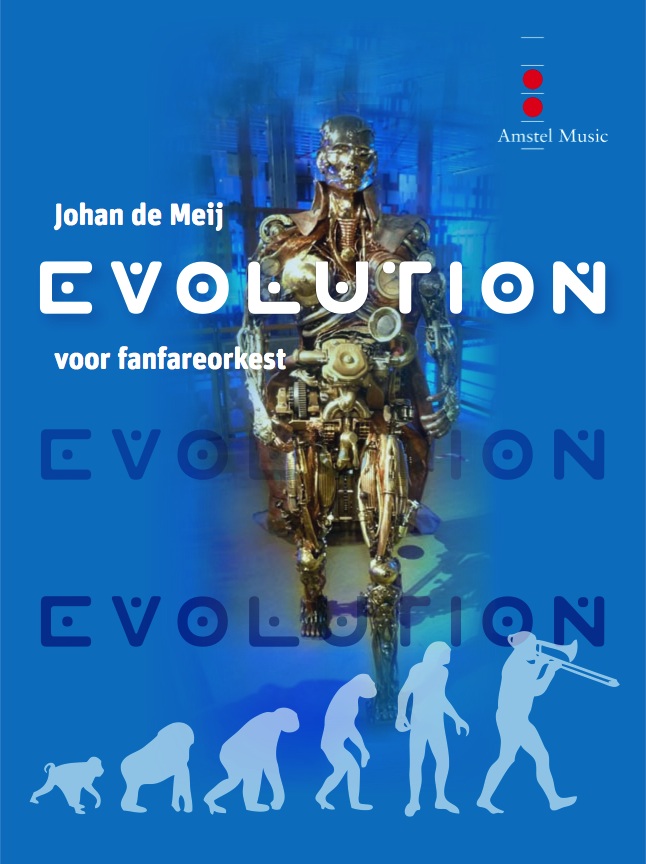 The commission to compose a work within the scope of the International Darwin Year immediately fired my imagination. Of course it would be most obvious to set to music Darwin’s illustrious voyage of discovery on the ‘Beagle’, the ship that carried him to the Galapagos Islands, but I considered that to be too obvious.I preferred a merely musical expedition, based on the Evolution theme. Throughout the work, the note E occupies centre stage; it runs through the various parts like a centrifugal axis. As a small musical Darwin, I explore and shed light on the E from all sides, in all its tonal functions and guises, thus describing the musical evolution of a theme.

After a short, mysterious introduction in the low brass and percussion, a straightforward unison chorale melody appears in the entire band [11], a thematic subject that will only emerge fully at the end of the work [352]. The subsequent fugue on the chorale theme begins in the bass register [25], and gradually climbs up in superimposed fifths within the whole ensemble, making the tonal idiom more and more unruly. The various groups reunite in a massive rhythmic unison [107], concluding in E major. The melodic percussion extends the E in minimalistic, repeating patterns with skittish, consonant additions [116]. The chorale theme passes in four different rhythmic and melodic appearances – in, successively, the trombones, horns, flugelhorns and saxophones, whereupon the rhythmic pattern gradually comes to a halt. In a free cadenza, six solo saxophones embellish the main theme, one after another, from high to low. [205] The baritone sax lingers on its own: its cadenza forms the bridge to the capricious Allegro agitato [206], interspersed with staccato motions and hammering strikes. After a quasi-Beethovian sequence [306-351] leading to the main theme a minor [352], a radiant conclusion follows – inevitably – a sounding unison E over six octaves.