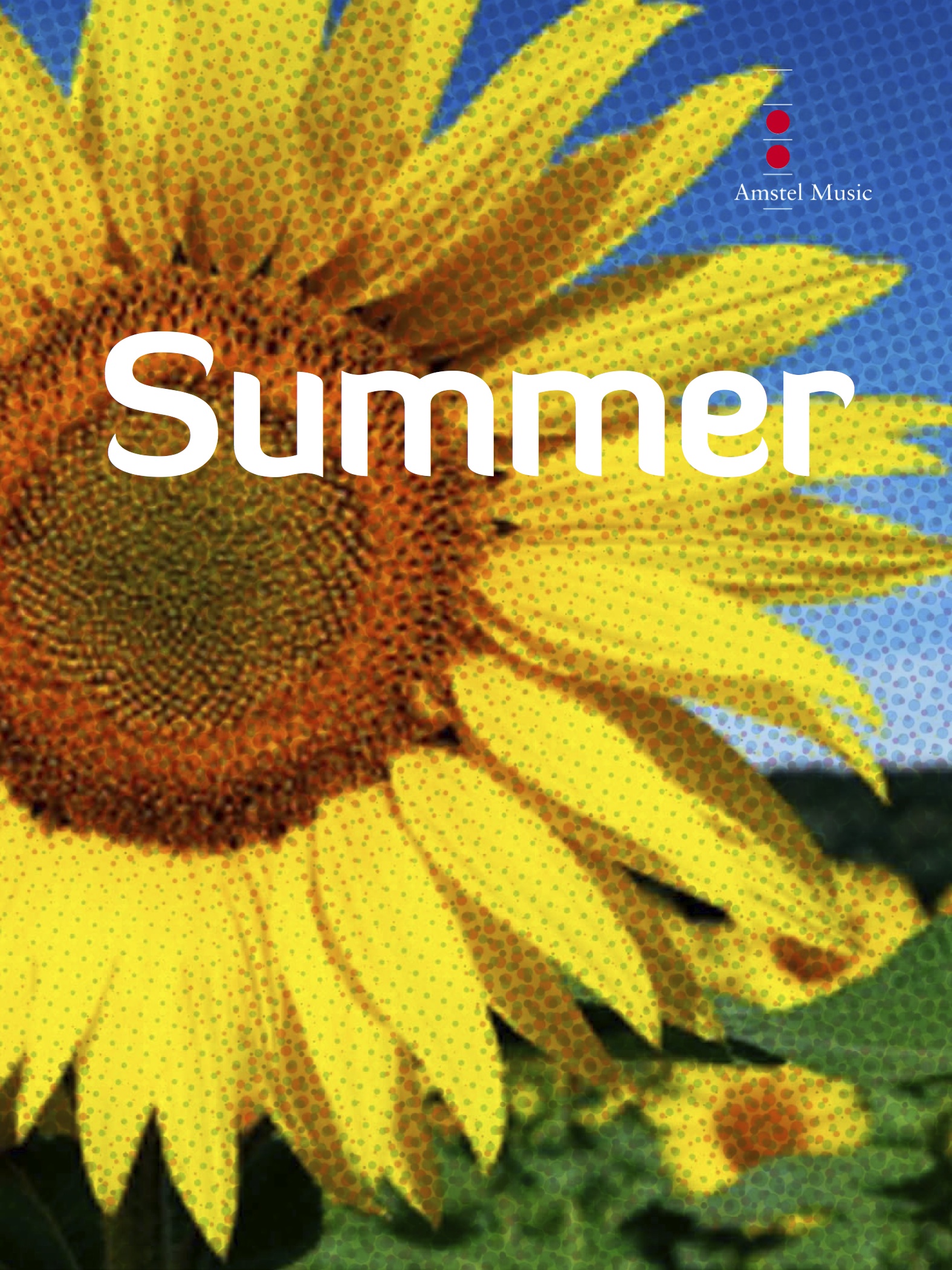 Listen and watch the score with ScorePlay: click HERE

Summer is the second in a series of symphonic poems, inspired by the seasons and the folk music of Scandinavia. In Spring, I made use of two Swedish folk tunes, whereas Summer focuses on Finnish folk music.
The work opens with an impression of the pastoral landscape of Ostrobothnia, an elongated area on the west coast of Finland. The majority of the people speak Swedish, and their music is still clearly influenced by Swedish folk music.
As in Spring, the music continues with a polka, based on the opening bars of Suomis Sång (‘Song of Finland’). After a brief horn interlude, a saxophone quartet plays from behind the stage Ant han dansa med mej (‘Ant was dancing with me’), while the orchestra starts up an ostinato bass line that marks the transition to the finale.

A gradual build-up to the ‘Sun Theme’ from Spring (measures 301-305) results in a radiant conclusion, with a short quotation from the first Symphony of Jean Sibelius, Finland's musical icon.

Summer was commissioned by The Federation of Swedish Amateur Choirs and Orchestras in Finland (FSSMF), as the test piece for the 2014 Finnish National Wind Orchestra Competition in Pietarsaari, Finland.