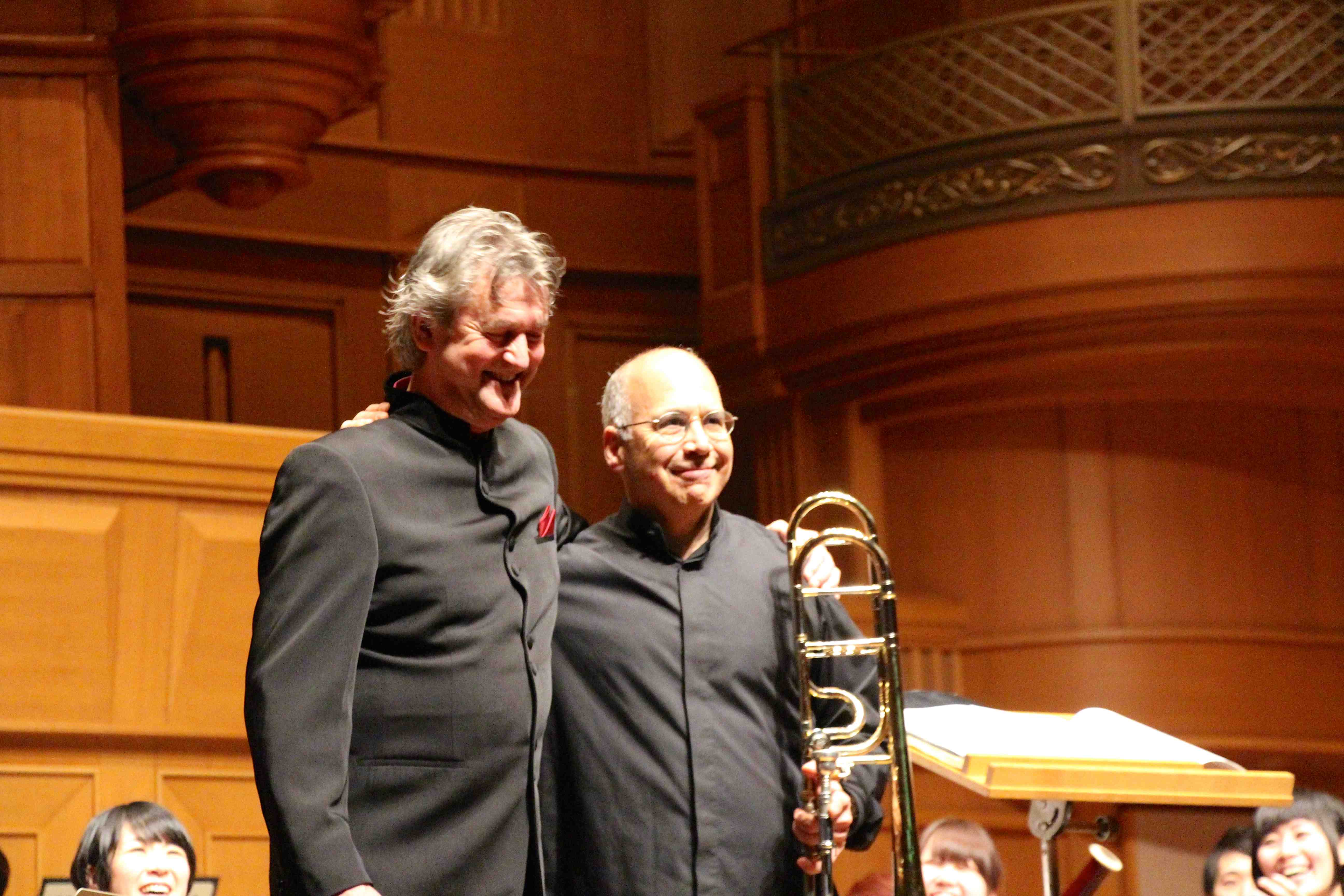 Joe Alessi & Johan de Meij after the premiere of PAVANE, Osaka, May 4th 2015

Click HERE Listen and watch the score with ScorePlay:


Pavane pour une Infante Défunte (Pavane for a Dead Princess) was originally written for solo piano by the French composer Maurice Ravel in 1899 when he was studying composition at the Paris Conservatoire under Gabriel Fauré. Ravel also published an orchestrated version of the Pavane in 1910; it is scored for two flutes, oboe, two clarinets (in B-flat), two bassoons, two horns, harp, and strings. Ravel described the piece as "an evocation of a pavane that a little princess [infanta] might, in former times, have danced at the Spanish court". The pavane was a slow processional dance that enjoyed great popularity in the courts of Europe during the sixteenth and seventeenth centuries. Ravel dedicated the Pavane to his patron, the Princesse de Polignac. The work soon became very popular, although Ravel came to think of it as "poor in form" and unduly influenced by the music of Chabrier. When asked how he arrived at the title, Ravel smiled coyly and replied, "Do not be surprised, that title has nothing to do with the composition. I simply liked the sound of those words and I put them there, c`est tout". This version for solo trombone and wind orchestra was written for and dedicated to Joseph Alessi, principal trombone of the New York Philharmonic Orchestra and international renowned soloist.