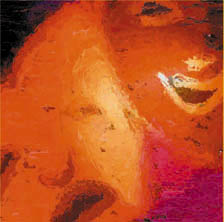 The world premiere of the musical Elisabeth took place in Vienna on September 3, 1992. From the great acclaim with which the musical was received, it became clear that the life of the Empress of Austria still appeals to the imagination. Although Elisabeth’s life (1837-1898) as an Empress has a fairy-tale-like beginning, it takes a gloomy turn. In this production, Luigi Lucheni, the man who finally takes her life, tells her story.

Death plays a major role throughout Elisabeth’s life. In the musical, an equally mysterious and attractive man portrays the phenomenon of death, seducing her to the realm of death time after time.

Elisabeth’s life resembles a fairy tale when she marries the Emperor Franz Joseph at the age of sixteen. Her mother-in-law, Archduchess Sophie, does not make it easy on Elisabeth. But it is life itself that puts the Empress to the test. First, her youngest daughter dies. Then, not long after her son Rudolf is born, her happiness is clouded when her mother-in-law decides she must take pity on him. After her husband’s unfaithfulness and Sophie’s death, Elisabeth is so disillusioned that she chooses a travelling existence without realizing her husband and her son, Rudolf, miss her. Rudolf’s loneliness is one of the reasons he commits suicide. The accumulation of disappointments in Elisabeth’s life almost drives her into the arms of Death. In the end, however, it is Lucheni who kills her. Besides his work as a composer,

Johan de Meij has built up his reputation as an arranger with successful arrangements of hit musicals such as The Phantom of the Opera, Cats, Annie, Chess and Miss Saigon.

In this arrangement of Elisabeth, he makes use of the following songs:
- Prolog (Prologue)
- Boote in der Nacht (Ships in the Night)
- Die fröhliche Apokalypse (The Cheerful Apocalypse)
- Nur kein Genieren (Don’t Get Embarrassed)
- Mayerlinger Walzer (Mayerling Waltz)
- Finale: Ich Gehör nur Mir (I Only Belong to Me).